WHAT IS THE ROTO WRIST?

The Masterhitch Roto Wrist, also known as a Rototilt, is a hooker quick hitch attachment that will give the operator a rotation of 360 degrees. As well as a rotating actuator which will tilt in every direction. This particular tool will be the difference between a job well done, and a job done with extreme precision.

The Roto Wrist is generally used for grading and landscaping projects. A great example would be the renovation and reconstruction of a golf course. Due to the various gradients of the ground, it can be difficult to work with without the use of the Roto Wrist.

ADVANTAGES OF USING THE ROTO WRIST

When the Roto Wrist is mounted onto an excavator, it will transform machinery into a flexible, well-equipped machine that is capable of undertaking the majority of construction tasks. It is a time efficient tool to have on any plant fleet, and therefore saving time for the operator as they will not need to keep swapping and changing machinery.

Another advantage of the Roto Wrist is that it is capable of working on construction sites with restricted access. When an operator utilises the tilt and angling to its maximum ability, an excavator bucket or other relevant attachment will be able to reach into, and grade areas that may be quite tricky.

The Roto Wrist is a hooker quick hitch that has a slew drive to give 360 degrees of rotation and a rotating actuator which gives an angle of tilt in either direction. It is perfect for any difficult or complicated grading and landscaping tasks, and other construction based projects. A good example would be the landscaping of a golf course.

View our recent blog post to find out more. 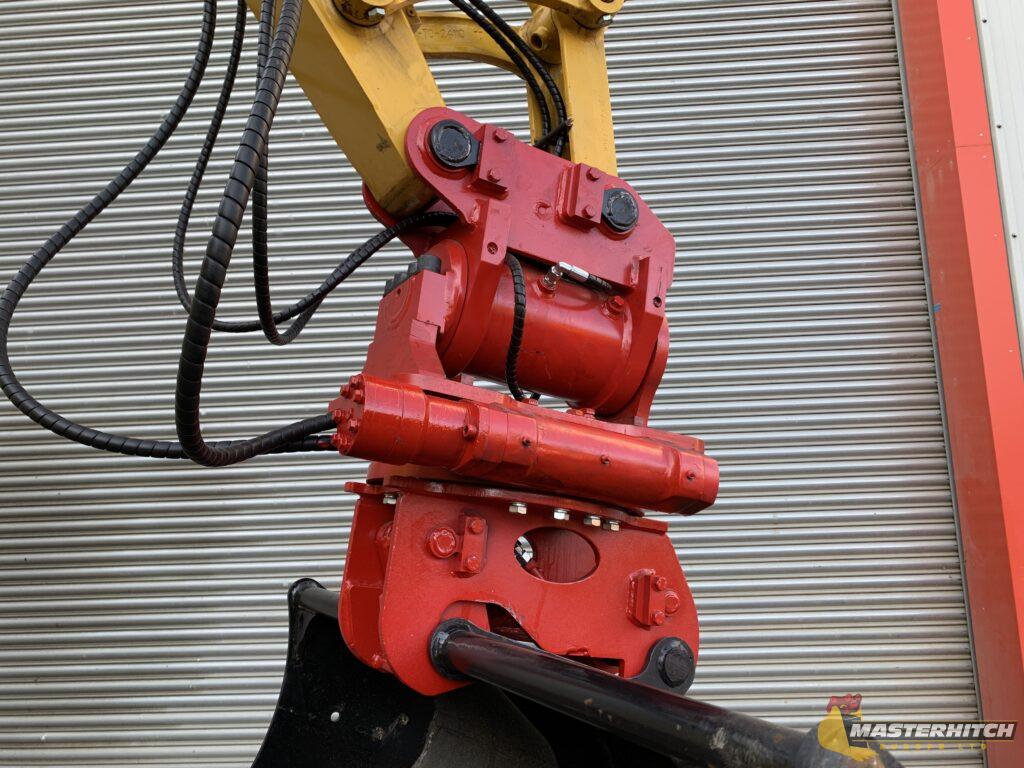 The Masterhitch Roto Wrist (MH08) can tilt up to 90 degrees each way. The MH15 can also tilt 65 degrees.

This particular attachment is made to fit the following size machines:

Masterhitch back all of their products with the “satisfaction or your money back” guarantee. A full range of spare parts are readily available off the shelf and our knowledgeable staff are always on hand to offer help and support whatever your questions may be.